On Friday I talked about sacrificing something in order to get some writing done. I've thought about it and actually while emailing a response to Carolyn V's comment, I came up with a solution to my problem.

Pretty simplistic, but we'll see how it works.

Last week's goals: Don't eat peanut butter on Monday, Wednesday, and Friday. Write draft of chapter 9 and send the three queries I didn't send last week.
Result: I wrote two pages of chapter 9 and didn't send any queries (because I'm trying to decide on something - more later). As for the peanut butter. I did pretty good. Nothing on Monday and Wednesday and I didn't eat any on Thursday, but I Friday while making a peanut butter sandwich for my daughter I licked the knife. Ugh, so I'll count Thursday.
This week: Try to stay focused. Finish drafting chapter 9 and wear tight jeans on Tuesday and Thursday - just to see if it will help to eat less.

What are your goals this week and are you a multi-tasker or do you like to try and focus on one thing at a time.

What would you sacrifice?

Lately I've been trying to do it all and failing miserably, especially on the writing front. So I've decided that some sacrifices must be made.

The question is what am I willing to sacrifice.

Is it going to my kids games?

Is it a clean house?

Is it Glee, Raising Hope, and Big Bang Theory?

Theses are questions I'm going to try to think about this weekend.

What kinds of things do you need to give up in order to be able to write more?
Posted by Patti at 10:00 PM 24 comments:

Okay not really that special, but my memory is so bad lately that I thought if I didn't do this post it might slip through the cracks. 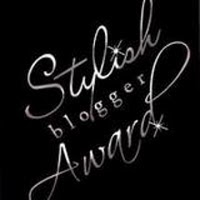 She is a great new blogging friend, who does fantastic critiques - very detailed.

Part of the award is to list six new things about myself, which I thought would be good since I've had a few new followers.

So here it goes:

1. I live in Canada, but have never used the word eh at the end of a sentence unless I was mocking people who think all Canadians say that.

2. When I get embarrssed for characters on TV, I have to turn the station.

3. I play soccer, but I didn't start until I was 30, which gives me hope for this whole writing thing.

4. Once in a while at a basketball game, I can turn into "one of those parents".

5. I love peanut butter and jam on toast. I love it a little too much, hence the goal for this week (see below post)

6. My biggest fear in life is drowning - water just scares the bejebbers out of me.

I pass this on to three of fellow bloggers.

Lindsay Currie - who has an awesome name for her blog - you have to go look to find out what it is.
Angela Felsted - who writes poetry and showcases other poets.
Katie Ganshert - who just announced her book deal yesterday, which is so exciting - go congratulate her.

I would just like to start this post by saying I don't watch Jersey Shore, but even though I don't watch it, I know who Snooki is. Well this week as I was surfing through the Entertainment Weekly website, I came across this story.

Basically, Snooki wrote a book and it is now number 24 on the NY Times bestsellers list. Now I know I shouldn't judge and I haven't read the book, but really. . . I mean really.

Anyway, I guess there is some hope to gain from this. Like the article said: Congratulations, Shnookums: You’re a true inspiration to writers everywhere, because if you can publish a successful book, anyone can.

Hopefully we all don't have to go on a reality show to do it. On the other hand, maybe we should create our own writer reality series.

I heard someone suggest once that you could put five writers on a bus and have them drive around the country together on a book tour, wait that would mean we need a published book. Any other ideas?

On a different note:

Hey there, how you doing?

So last week my goal was to drink more water, which I did.

My other goal was to finish chapter 8 and research more agents. I failed miserably at this. So this week I'm taking a break to see if I can get some stuff done and try to get more motivated.

How are you doing? Any goals for this week?

Have a good week and talk to you all next Monday.
Posted by Patti at 7:27 AM 24 comments:

Now that's what I call a simile - or a metaphor!!!

My sister in law sent these to me earlier this week and I just had to share. I thought maybe some of you could use them in novels.

Every year, English teachers from across the country can submit their collections of actual similes and metaphors found in high school essays. These excerpts are published each year to the amusement of teachers across the country.

1. Her face was a perfect oval, like a circle that had its two sides gently compressed by a Thigh Master.

2. His thoughts tumbled in his head, making and breaking alliances like underpants in a dryer without Cling Free.

4. She grew on him like she was a colony of E.Coli, and he was room-temperature Canadian beef.

5. She had a deep, throaty, genuine laugh, like that sound a dog makes just before it throws up.

8. The revelation that his marriage of 30 years had disintegrated because of his wife's infidelity came as a rude shock, like a surcharge at a formerly surcharge-free ATM machine.

9. The little boat gently drifted across the pond exactly the way a bowling ball wouldn't.

There's more, but I'll save those until next Friday.

Alright I had to put one more in:

Long separated by cruel fate, the star-crossed lovers raced across the grassy field toward each other like two freight trains, one having left Cleveland at 6:36 p.m. traveling at 55 mph, the other from Topeka at 4:19 p.m. at a speed of 35 mph

In my search for an agent I've gone through several websites and listed over 100 potential agents. I have a spreadsheet that has the agents name, agency, information (who they rep, what they're looking for), how to query them, and what to query with (sample chapters, synopsis).

Now I'm doing a more detailed table on each agent. This is what it looks like:

Agent Name:
Agency:
Location:
Who they represent:
Interests:
What they’re looking for:
Tidbits:
Interview Information:
How to query:
What to send:
Predators & Editors:
AAR:

Am I going overboard on research and thus procrastinating pressing the send button, or is this just thorough research?

I read the first chapter to Across the Universe by Beth Revis. It was available for 12 hours today and it totally rocked. I stopped at chapter 2, because I'd rather read it from a book, which I'm buying tomorrow. Um, maybe I wouldn't like a kindle.
Posted by Patti at 9:33 PM 26 comments:

The rule of the short skirt

The other day my son showed me a status update from one of his friends on facebook that made me laugh.

It said:
"You want your essays to be like skirts, long enough to cover the essentials, but short enough to keep things interesting."

This was a quote from their english teacher and I have named it the short skirt rule.

No truer words have ever been spoken and I will never look a short skirt the same way. Although I have to wonder what the girls in the class thought.

This is definitely something I have learned to incorporate over the years. When I finished the first draft of my book it sat at 100,000 words, now it's 72,000. Here's hoping I kept the interesting parts.

I'm going to try and start a new feature on Monday. Called goals for the week, then the following Monday I can report on how I did. Last week I tried not eat after 8pm. I was 4 for 7. Not bad, but I see room for improvement. I did research more agents and now have a great spreadsheet ready for more detailed research.

Goals for the week: More agent research, chapter 7 or 8, and drink more water.

How about you? Do you try to follow the short skirt rule? Do you have any goals this week?

So I read about this story early this week and wanted to know what your opinion.

A publisher is planning on re-releasing Mark Twains Huckleberry Finn book and replacing all of the n-words with the word "slave".

Here's a link to a news story on the subject.

What do you think? Do you think classics should be changed to be more politically correct or should a book never be changed no matter how offensive the content is?
Posted by Patti at 7:47 AM 17 comments: 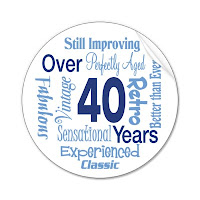 Last week I hit the big 4-0. Yes I'm in my fourth decade of life.
It doesn't really feel any different, except for when I have to write my age down on a medical form. But in light of my new status as a gal in her forties I've decided to do two things this year. Grow out my hair just to see how long I can get it (my husband is super excited about this - what's the deal with men and long hair anyway). Second, I want to get to my ideal weight - I know cliched goal.
The first one is easy, since I don't really have to do anything, but losing weight - that's always been hard for me, so I've decided to break it into little steps. I'm not going to go cold turkey on the chocolate or peanut butter. I'm starting slow.
This week I'm not eating after 8pm and slowly I'll build on that. Every Monday I'll tell you my goal. It will help keep me honest.

I think we can do this with writing, break things down into little steps. Try to make it a goal to do one thing and then build on it. So my writing goal this week is to research some more agents.
PS: I may be 40 but according to this "living right now test" my body age is really 21, so all is good.

2010 began with high hopes. I had my book with an agent and I let my imagination get the better of me. Unfortunately a week into the New Year, I received a rejection.

I didn’t let it deter me. I tried a couple of other agents, but was met with more rejection. Then a particular harsh and warranted critique made me second guess my book, so I did one more rewrite and have let it sit ever since.

Now I have officially given this New Year a theme. 2011 is the year of the Query.

This is the year I give it my all, try every option, every avenue and see what happens.

PS: It’s good to be back, hope everyone else had a great Christmas break.
Posted by Patti at 8:53 PM 29 comments: